Last Thursday, former New Jersey Republican Governor Chris Christie made a speech in the Reagan Library that reminded me why he caused so much Republican excitement a decade ago. Christie spoke about the future of the party and berated Republicans a lot, including indirect shots at former President Donald J. Trump.

In his speech, Christie urged Republicans to avoid the “quicksand of endless complaints” and to speak the truth. Christie’s change of tone may come across as cynical opportunism, and maybe it is. Still, Christie may be the only Republican with enough credibility with Trump’s base to listen to him while also supporting the party’s much smaller anti-Trump faction.

Christie mentioned the challenges Ronald Reagan and William Buckley faced when confronting the extremists of the John Birch Society in the Republican base in the second half of the 20th century.

The John Birch Society was an extremist anti-communist group best known in the 1960s. The company’s founder, Robert Welch, claimed that 50 to 70 percent of the United States was controlled by communists. Welch also claimed that President Dwight Eisenhower was part of a communist conspiracy.

The John Birch Society hated Chief Justice Earl Warren in particular – in part because of his desegregation rulings – and posted billboards across the country in the 1960s calling for his impeachment.

Christie suggested that the members of the John Birch Society of yore have transformed into the Republican extremists and conspiracy theorists of today.

Christie reminded the audience that Goldwater was too careful not to alienate the grassroots, so he was too careless about the John Birch Society, much like today’s top Republicans are too slow to condemn extremism within their own ranks.

The John Birch Society’s comparisons were staggering, but Christie’s boldest remarks were the indirect attacks on Trump. Christie said he was not interested in “bowing to a person’s will” at the expense of fighting for his ideals. All of this is a bit rich because a man went viral for looking hostage on stage with Trump right after Christie backed him up.

But I do believe people will change their minds, and rejection of election results seemed like a red line for Christie. In January, Christie said he would support the impeachment of President Trump for inciting violence on January 6th.

About halfway through the speech, Christie switched to “hard truth, well told.” This repeated line worked rhetorically because it contrasted well with his criticism of the endemic lie in the Republican Party.

My problem with Christie’s straightforward line is that many of his “hard truths”[s], well told “were more like half-truths, well spun. For example, Christie conceded a point on fiscal responsibility, admitting that his party had not been perfect on that issue in recent years, as Trump regularly ran deficits near $ 1 trillion with ease.

But Christie’s admission of Republicans’ recent fiscal irresponsibility is tempered because it implies that Republicans were financially responsible prior to the recent past. For example, Reagan has regularly recorded massive deficits in peacetime and at the same time expanded state authority through higher spending. 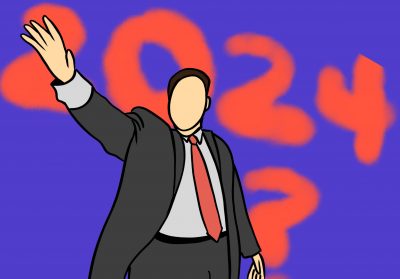 Christie also said that Republicans are the “party of law and order,” which goes against the fact that more than 140 Republican Congressmen voted to overturn the results of a legitimate election that was not going in their direction.

I found Christie’s truths a little questionable, but I think these topics of conversation might convince a constituency that is generally far less partisan than I am. The whole speech was Vintage Christie: attacks on extremism in his party, common sense – or at least a good imitation of it – and outspoken, sincere creeds. The caustic speech reminded me of Christie, who famously told a heckler to “sit down and shut up”.

So before you laugh at Christie for the henchman who was hostage behind Trump in 2016, know that Christie won 51 percent of the Latino vote in New Jersey just eight years ago. He has a heart, a mind, and the ability to unite the Republican Party while addressing the voters in the middle. In 2024, Christie could prove to be Republicans ‘best chance and Democrats’ worst nightmare.

Center Wellington is considering its options and costs in termite fighting