Everything in the murderous family: Asian giant hornets found in Washington in 2021 came from the 2020 nest 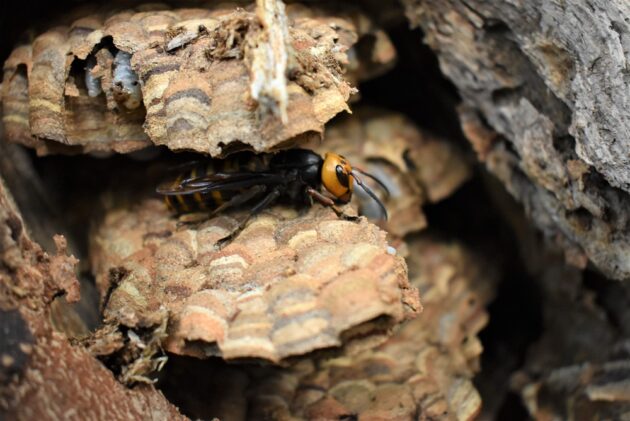 An Asiatic giant hornet queen is shown in a nest in a tree in Whatcom County, Washington. (WSDA photo)

The Washington State Department of Agriculture attracted worldwide attention when it successfully exterminated an Asian giant hornet nest in the northwest of the state. But in 2021 the so-called murder hornets returned, and three more nests had to be found and destroyed.

Now the agency has determined that the 2021 insects flew the nest in 2020 before it was destroyed.

WSDA said in tweets on Wednesday that all three nests found last summer were created by queens who left the nest near Blaine, Washington, in October 2020. The nests weren’t started by the queen who founded the nest in 2020, WSDA said in another tweet.

Last year we took DNA samples from multiple specimens from each of the three #AsianGiantHornet nests that we wiped out. We were able to determine that all three 2021 nests were related to the 2020 nest. pic.twitter.com/IYwvrz0CGT

This means that the queens who started nests in 2021 left the nest in 2020 before we could eradicate it and started the new nests.

Asian giant hornets are an invasive species that is not native to the United States. They are the world’s largest species of hornet, and the first sightings in the United States were in Washington State in December 2019. The hornets are known to attack and destroy honey beehives and can kill an entire beehive in a matter of hours.

The WSDA used tiny tracking technology to mark the hornets and track them back to nests, which were then cut from a variety of logs.