This popular summer destination has become a bed bug epicenter

If cleanliness is very important to you, then likely check the mattress for signs of bed bugs after checking into a hotel or rental apartment. But a lot of people just trust the establishment to pay good money to stay there and collapse on their bed after a long day of travel. While you’re always at risk of bedbugs sleeping in an unfamiliar location, a popular summer destination has become a bed bug “epicenter,” according to a bed bug attorney who specializes in bed bug cases. Read on to see which vacation spot you might want to reconsider.

RELATED: If You Smell This In Your Bedroom, You May Have Bed Bugs.

Myrtle Beach, South Carolina is a popular destination for families looking for fun by the ocean as well as young adults looking to go out after a day in the sun. But that vacation might come at a price – an attorney who works with people who have faced bed bugs says Myrtle Beach has become the “largest bed bug epicenter” in South Carolina.

Trevor Eddy, who specializes in bed bug cases, told local CBS News subsidiary WBTW that 90 percent of its cases come from hotels and resorts in Myrtle Beach. “Myrtle Beach is by far the largest epicenter of my cases in South Carolina,” Eddy said. He added that his practice has worked on at least 45 bed bug cases with more than 200 clients in recent years, with most of the cases still in active litigation. Eddy noted that the surge in tourism this summer, combined with the labor shortage at some hotels, had led to an increase in bed bug bites.

RELATED: 5 Things To Buy That Bring Bed Bugs Into Your Home, Experts Say. 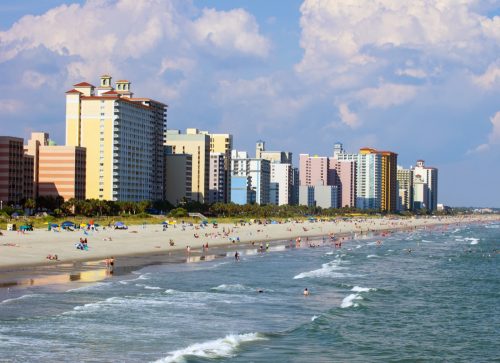 According to The Bed Bug Registry, bed bugs have been reported at 119 South Carolina hotels, for a total of 543 reports across the state.

Of the listed hotels, 54 are located in Myrtle Beach. Some of the hotels on the registry reported by guests themselves have dozens of individual reports while others only have one or two. The Compass Grove Hotel appears to have a particularly high number. According to the registry, 24 guest bed bug cases have been reported to the hotel. 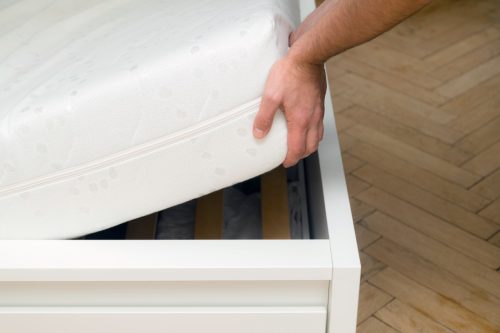 Eddy advised all travelers to check for small blood stains and clams, especially in the corners of the bed, when they checked into their hotel rooms. “These things are so easy to find,” said Eddy. “My customers find bed bugs in their rooms and beds all the time, and they are not trained.” He pointed out that if his customers can find bed bugs easily, “there is no reason the hotel staff shouldn’t be able to”.

It is of course possible that you won’t notice any signs of bed bugs before you’re unlucky enough to sleep in an infested hotel bed. If you’re bitten, pest experts say there are important signs that your itchy red bump is from a bed bug. “One of the most noticeable signs that you have been bitten by a bed bug is a group of bites that are in a part of your body that made direct contact with your mattress while you were asleep.” expert Zack DeAngelis previously said Best Life. “Bed bugs usually don’t leave a single bite and often leave several in groups.”

RELATED: For more up-to-date information, sign up for our daily newsletter. 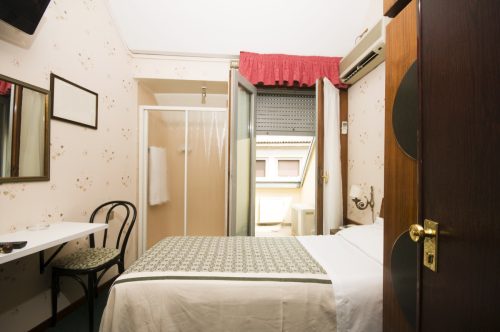 Bed bugs lurking in hotels are a “ubiquitous problem in South Carolina,” according to Eddy. He believes the issue should be addressed by the state government or the industry as a whole so that people don’t have to hire a lawyer themselves.

Eddy said that when his company opens a case, hotel officials ignore them until the paperwork is filed – then “they fight tooth and nail,” he said. “One wonders how many of these cases, how many of these events, go unreported and unresolved.”

Earlier this month, 15 News, a South Carolina subsidiary of ABC News, reported that a family was suing a Myrtle Beach hotel for bed bugs, citing “constant emotional distress, humiliation, psychological agony, humiliation, loss of joys in life.” In December 2020, another family landed in urgent care due to a rash the father developed from bed bug bites, according to The Sun News.

RELATED: The 5 Bugs That Are Most Likely to Bite You While Sleeping.

The German Cockroach: A Story – PCT

How bed bugs spread and how to prevent them